As an Amazon Associate I earn from qualifying purchases.

The two most common measuring systems are metric and imperial measurement systems and it is very important to understand the differences between these systems because they should never be confused with one another.

In this imperial vs metric measurement guide, we are going to compare these two measuring systems so you can learn which one to adopt for your own projects.

What is the Metric System?

The metric system is considered the international system of units and is used by most countries across the globe with acceptance to the United States and a few other countries.

This system was created in France in the 1700s and includes definite terms for certain units like weight, length, distance, temperature, and speed.

The units used in the metric system include the following;

Length: Used to measure how long or tall something is

Weight: Used to measure what the weight of certain objects on earth is

Capacity: Used to measure the quantity an object can hold

Time: Used to measure a unit of time or a duration

What is the Imperial System?

The units used in this type of measurement include the following;

How to Convert Metric Units to Imperial Units?

Once you understand or know the unit differences between these two systems, the conversion is pretty simple. You usually only need to do a quick multiplication or division calculation to make the conversion and there are free online unit conversion sites that will automatically do these transitions for you.

Here is a quick look at the numerical differences between some of the most common metric and imperial units.

There are many other measurements in these unit systems like light strength, magnetism, radiology, prefixed, sound intensity, and others. The values for these different systems can be very different for the metric and imperial systems.

Imperial vs Metric Measurement: Which is The Best?

The best measurement system to use is the one that is commonly used in your region because it is just easier to communicate with businesses or people in service delivery when you speak their language.

For example, it doesn’t help much to order a kilogram of a certain product from a US company that is used to dealing in pounds because you will likely end up with 2.2 times more product than you initially needed. Using the measurement system that is most frequently used in your location makes it much easier for those around you to understand exactly what you mean.

If you move abroad or go on holiday to a destination that uses a different measurement system then it is probably best to fall in with that system. Locals in that region will have a tough time understanding you if they don’t understand the values you are dealing with or requesting.

As for the debate on which might be the overall best system, well, this debate might continue for quite some time because both systems can be very helpful. Here is a quick look at how these two measurement systems compare in different fields.

Which System is the Simplest?

Most people find it easier to simply deal in a metric system that most people understand and work with. This would be the metric system since most of the world uses it. It is just easier to fall in with the majority than to struggle with constant calculations on the sidelines and risk making mistakes due to the measurement differences.

Another reason many consider the Imperial system more difficult is that the rules for British imperial differ from the rules of US imperial. A good example is a British stone (14 pounds) that isn’t used by the US.

The System That Makes the Most Sense

The metric system tends to be more sensible or easier to understand and grasp for various reasons like the following;

The metric freezing temperature is 0 degrees celsius while the imperial freezing point is a more random number namely 32 degrees Fahrenheit.

The metric systems terms are easier since they have a prefix system to indicate when something becomes bigger (kilo, mega, Giga, tera) or when something gets smaller (milli, micro, nano). With the imperial system, there is no prefix and you need to learn each term for each measurement independently.

The increments for metric systems are easier to understand. For example, there are 10 millimeters in 1 centimeter, 100 centimeters in 1 meter, and 1000 meters in 1 kilometer, etc. With the imperial system, there are 12 inches in a foot, 3 feet in a hard, 1760 yards in a mile. All of these increments figures are quite challenging to remember.

The System That is The Easiest to Use

In this section, the imperial system often has the upper hand since most people find it easier to apply in everyday use.

This is because we as humans like to use common objects to describe the size of an object to others. We like to say, the man was the size of a door or a person was ankle-deep in mud.

When you go about your day, it might be easier to refer to or estimate items in inches or feet. This is because an inch is about the distance between your index finger and thumb when you hold these fingers parallel to each other. It is easy to guess the height of a fence in feet because a foot is just about the length of an adult person’s foot length.

The Systems That is Better for Calculations

It is easier to do calculations with the metric systems of measurement than the imperial system because the increments are standard and easy to grasp. 3 Kilometers = 3,000 meters is an easy calculation to make. 50 kilograms = 50,000 grams is also pretty easy to calculate.

When you calculate the units of measure in metric, there is a lot of standard figures that need to be remembered. 3 Miles = 5280 yards is pretty tough to calculate right in your head. 50 Pounds = 800 Ounces is also a pretty tough calculation to make if you don’t have access to a converter or calculator.

When you consider the technical aspects of the imperial vs metric measurement systems, it becomes quite clear that metric systems are the most functional to use in everyday life. Even though the system might be simpler, it might not be practical if you live in the US. The system you are most likely to use is the best one for you since it can eliminate a lot of confusion.

We do hope that this guide made it a little bit easier to understand the difference between these two measurement systems. If you are also in the market for measurement tools to help you calculate distances or sizes then you should have a look at some of the other guides we have on Measure Expert. With our handy site, you can find all the info you need and locate all the best measuring tools.

Amazon and the Amazon logo are trademarks of Amazon.com, Inc, or its affiliates.

Foot mark vs inch mark: (your COMPLETE guide to understanding this!) 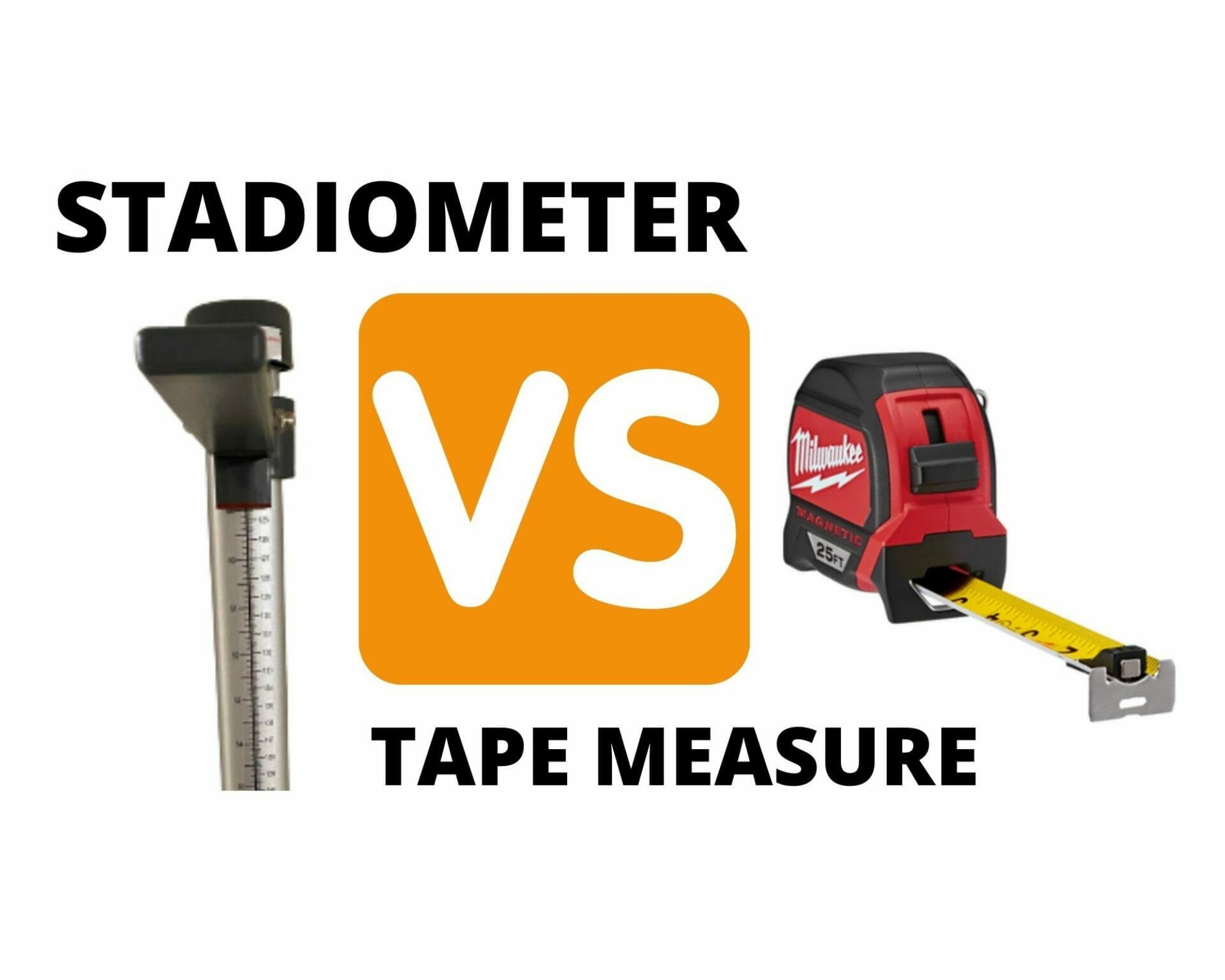 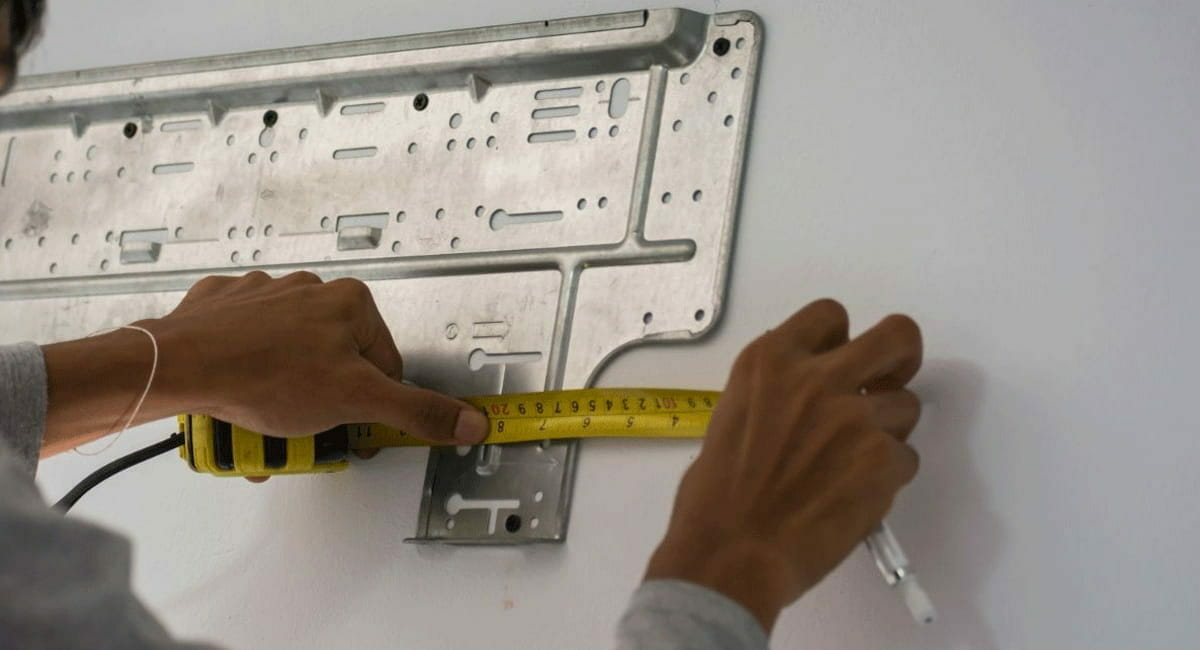 The 5 Best Tape Measures for Electricians: Top Picks and Reviews

Fill in your details and we’ll get back to you in no time.